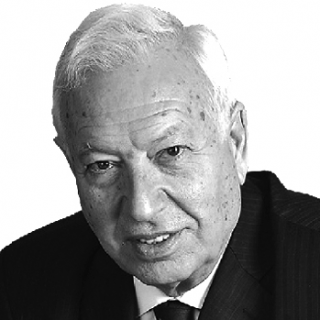 A key figure in Spanish politics since the Spanish Transition, member of the Constituent Courts of 1977 with the UCD, he was a member of Parliament for thirteen years. From the lower chamber he transferred to the European Parliament. He was a MEP for seventeen years (1994-2011) and was Vice-Chairman of the Committee on Economic and Monetary Affairs. In 2011 he headed the Foreign Affairs portfolio, where he was relentlessly involved in such issues as Spain’s candidacy to the UN Security Council, Spain’s repositioning in the EU, the reactivation of the relationship with the United States, the renewal of our Latin American relationship, Spain’s participation in international forums tackling the Syria and Libya situations, the launch of Marca España and the creation of the Ministry’s regulatory framework, as well as the conception of the new Foreign Policy Strategy report. He is a highly educated lawyer and economist and the author of countless articles and books. He holds the Grand Cross of Civil Merit and the Order of Constitutional Merit.